Being Aware of Food Poisoning Risks and Ensuring a Good Summer

As temperatures and humidity continue to rise during the summer, cases of bacterial food poisoning appear more often. Food poisoning from parasites has also increased in recent years. Take some time to read this to raise your awareness and avoid food poisoning.

Campylobacter is a food poisoning bacterium that lives in the intestines of animals such as chickens, pigs and cattle. Someone who is infected shows symptoms such as diarrhea, stomachache, fever and vomiting. Even after the symptoms have subsided, an infected person may develop Guillain-Barré syndrome*.
* The effects of this symptom include peripheral neuropathy resulting in numbness of limbs, facial paralysis and difficulty walking

Enterohemorrhagic Escherichia coli (E. coli) is a bacterium found in livestock such as cattle, and produces verotoxin. The symptoms begin with severe abdominal pain and often result include watery diarrhea in a few hours after exposure, as well as bloody stool. In addition, enterohemorrhagic E. coli is highly infectious, and may cause hemolytic uremia syndrome and brain damage. Extreme caution is needed, since symptoms can become quite severe in infected infants, toddlers and elderly people. 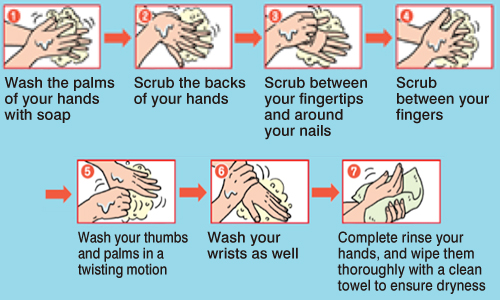 Watch out for the anisakis parasite!

Cases of food poisoning due to the Anisakis parasite have been increasing recently. The number of food poisoning cases attributed to it nationwide in 2017 was second only to campylobacter, and there were nearly twice as many cases as in 2016. The Anisakis larva is a parasitic worm typically found in the internal organs of seafood such as mackerel, sardines, salmon and squid. When freshness is not maintained, the Anisakis parasite is known to move from the internal organs of fish and shellfish into the muscles. If you eat raw fish or shellfish that contains the Anisakis parasite, the infection can invade your stomach and intestinal walls, resulting in anisakiasis.

Caution
Vinegar, soy sauce, wasabi and other condiments will not kill this parasite.